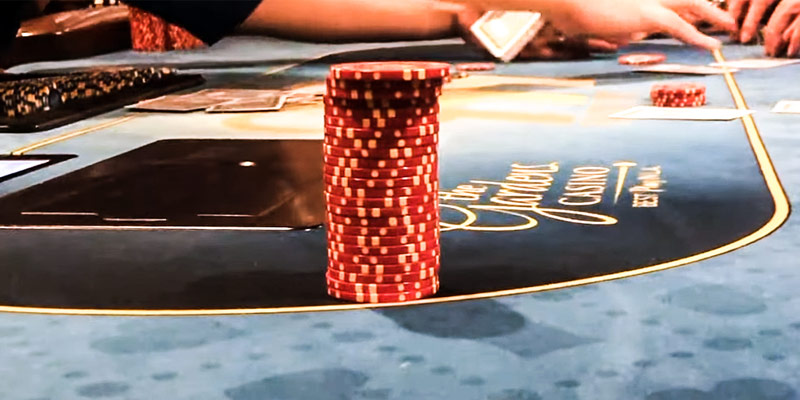 Oh, that poker and its variations — as many poker games as there are nations…

Awful poetry aside, this adorable version is played pretty much just like Texas Hold’em with one exception — you don’t deal the “river” community card.

But let’s break it down in excruciating detail:

So much like its close relative Texas Hold’em, you use the standard deck with 52 cards. In the No-River version, the player still gets “hole” cards, except they get three, not two. So only the player can see those three cards. Then, there is no community or “river” card; hence, the game was logically baptized as “no river.” You can use all three of the cards for your final hand showing, or two, or just one, depending on what suits your hand. Like in the Texas version, you’re looking to make the best five-card hand you can with the cards you’ve been dealt. There are three betting rounds because there is no fifth card to play out.

Because each player gets three cards, the number of starting hands options increases as does the pre-flop hype.

The Round Indicator or ‘Dealer Button’

The “dealer button” decides who deals in which round. There isn’t one dealer; it switches by moving clockwise. So whoever sits clockwise from the original dealer will deal the next hand. This is a way to ensure that everyone involved will get the option to be in every position (early, middle, and late); this keeps opportunities fair. 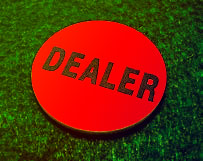 So when everyone has taken their seat, everyone gets dealt one upward-facing card. Whoever ends up having the highest card will be the first dealer. If there’s a tie, you look at the suit order strength, which goes spades-hearts-diamonds-clubs.

Like in Hold’em, two participants sitting to the left of whoever the dealer is place the small and big bet. So whoever is closer to the dealer on the left is the small, and the 2nd person to the left is the big blind. All the bets are “live,” meaning, you can call, raise, or fold, and you make your choice when the betting gets back to you. Because the “dealer button” is mobile, everyone will have the chance to be the small and big blind eventually, so it all evens out.

The First Betting Round

The big blind can raise the pot if he or she wants to, and everyone around the table is supposed to have the same amount bet in the pot. You’re not allowed to continue playing unless everyone has an equal amount in there or has folded.

You can raise as many times as you like, for an unlimited number of points. But when you do, it has to be like the previous bet minimum or whatever the raise in that round was. Anyone can go “all-in” at any time.

Once everyone has completed the first round of betting, the dealer deals out three community cards facing upwards. These are the flop.

The Second, Third, and Fourth (Final) Betting Round

The second, third, and fourth street follow the same formula.

The Show of Hands

When all the rounds are completed, there will either be one person left standing because others have folded, or there is a showdown for the remaining players. The person with the best combo of five cards in total when they combine their cards with the community ones wins the pot. If there happens to be a tie, the winners split the pot evenly.

Make sure the cards you have mesh well together. Hopefully, they’re suited, or you have a high pair. Two and three suited connectors means you should keep going; fold if you have low cards.

In a way, each player holds their own “river” amongst their hole cards, so each of the hands can make a hit for you.

Even though there’s one less round, it doesn’t lessen the fun!